1. Ryan Lochte’s new show What Would Ryan Lochte Do? debuted last night. It was, predictably, a hot ass mess. It was so obviously scripted and awkward and horribulous. But it was AMAZING. Or, as I described to a friend on twitter last night

@samira_86 it was cheezy and kind of horrible but it was also funny and random and had some charm…like Reezy himself I guess. lol

And while the show failed to give any satisfying answer to the question of what Ryan Lochte would do (or why we even want to know), what I already know is that Ryan does this.

And wins Olympic medals. So there.

(also, can we get some Cullen Jones cameos, E!? Thats my boo thang and Ryan actually, yannow, hangs out with him in real life. Yeesh)

2. Reese Witherspoon was riding shotgun when her husband got pulled over for a DUI and she was a total ass about it. When I started to read reactions about this I was shocked at how many people were surprised that Reese is…a entitled dick to put it plainly. She’s always come across as more Tracy Flick than Elle Woods (Elle would NEVER) to me and not saying that it automatically makes her a horrible human being…oh wait. It does. Not only did Reese invoke her American freedoms when refusing to stay in the car as asked by police (lets play switch the race and see if anyone makes it out without the cop pulling a gun), but when that didn’t work she pulled the good ‘ol “Do you know who I am” bit. What a charmer. 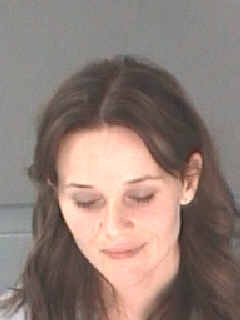 3. TMZ continues to be trash, this time by following Blake Griffin of the LA Clippers (for those who don’t know…although I question your lives if you don’t) around and giving him shit about his race. The title they give this video is Blake Griffin’s Ethnicity — Not Exactly a Slam Dunk. These grease stains on the dry clean only shirts of life then go on to state that he is obviously white because he has red hair and freckles…but then conclude that he probably is black because he can dunk. I just….

Hi Blake, I love your smedium sweater…wait what?….Ryan Lochte?…oh, don’t worry about him baby. That was so two bullet points ago

Like, honest question: can you really look at this kid and think he isn’t at the very least biracial (which he is)? Frankly I wouldn’t even assume him to be biracial. NEWSFLASH: Black people come in all different skintones! Did I just blow your mind? Black people be having freckles and red hair y’all. And blonde hair. And dark brown hair. And light brown hair. And black hair. I KNOW, right!? Crazy. Maybe this is just one of those black things that nobody understands.

4. In other sports adjacent news, some jerkoff from Peoria is suing Derrick Rose. Matthew Thompson alleges that Rose being out for these season has caused him multiple nervous breakdowns and made him get fat and PEOPLE ARE SO DUMB. Dear assclown: I’m pretty sure Derrick Rose had a much harder time dealing with a torn ACL, yannow with his whole career and future earning potential on the line, than you did while crying Coors Light flavored tears into your off brand cheesy poofs. Derrick Rose will come back next season and lead the Bulls to GLORAY (yes, GLORAY) and you will still be a pathetic whiner who couldn’t hit a fadeaway jumper on NBA 2K13 with a cheat code let alone on a actual basketball court. Go away.

I know, Derrick, I know. What? Blake Griffin? Shhh….

5. The Koch brothers are looking to buy the Chicago Tribune, among other newspapers and THIS IS SO BAD. OMG SO BAD. SO. BAD. Unless you’re a tea party conservative. As best I can figure logic here is that Fox News just isn’t cutting it anymore so lets buy newspapers and write nothing but stories equivalent to “No liberalz and uteresez allowed” and that will totally make people vote for them next election cycle. Or something. You know how last week everyone was passing around little bon mots about people who didn’t know the difference between Chechnya and the Czech Republic? Well. These are the kind of assclowns who dictate what goes in textbooks. So…

6. Hey guys? Remember how North Korea was totally gonna bomb the shit out of us…or at least they were until the American media got some other shit to talk about? Yeah.

7. And sadly, we end on a down note but Chrissy Amphlett of the Divinyls passed away yesterday. Chrissy gifted us with a karaoke ready anthem that women everywhere, after being slightly over served, have belted out with gusto in public and private. She will be missed.

2 thoughts on “Shikagoland Reads the Headlines”