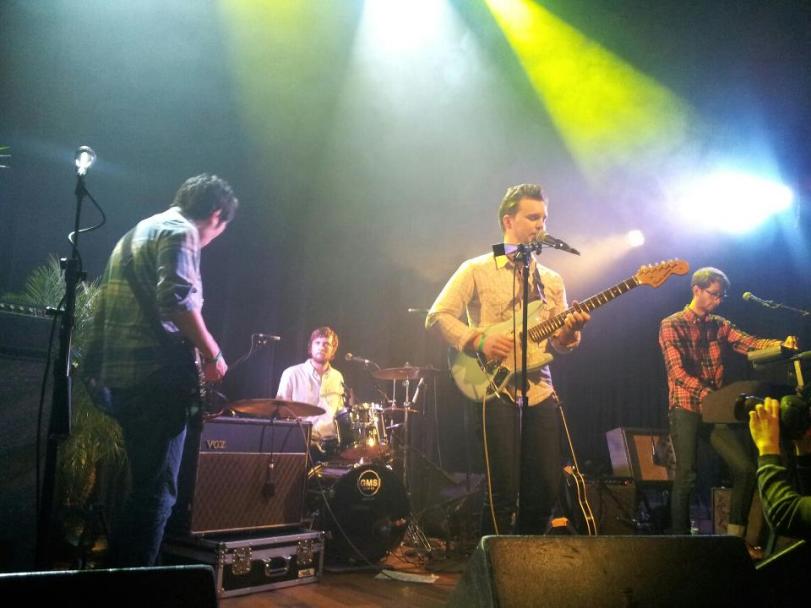 Crappy smartphone photography courtesy of me

I’m not sure if you guys know this about me but…I’m old.

Like, not jello for lunch in the rec room at Shady Pines old…but close enough.

The kind of old where leaving my house at 9pm on a Friday is enough to cause a existential crisis. Its just…not done.

But as luck would have it a band I REALLY like was playing a show at a venue I’ve been really wanting to check out. Awesome right?  Whats that? The show starts at 10? And there are two bands BEFORE the band I wanna see? Um…

Lesson learned: look at show times before purchasing tickets. In my excitement about the extremely sweet price of $10 for a concert ticket I neglected to note the start time. WELP.

Anyways, here we have it: Shikagoland’s first time writing about a concert I went to cause let’s keep it real, I’m no music critic. 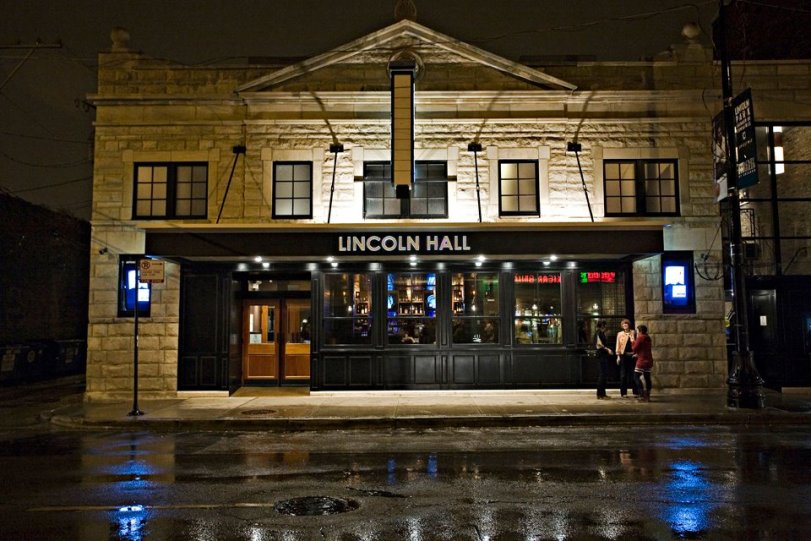 Oh, Lincoln Hall, how I love you. Let me count the ways.

I’m pretty sure that this quote won’t ever end up in any of their advertising but…Lincoln Hall is the perfect concert hall for the more mature set who still like to go out and live it up occasionally but would prefer not to take home someone else’s vomit on their shoes and beer on their jeans. From the completely orderly will call situation (takes notes, Aragon), to the coat check (my days of “whatevs we’re just getting in and out of cabs, who needs a coat!?” are long behind me), the multiple bars (and awesome waitress in the main hall), proper ventilation (so sue me, I like to have a side of oxygen with my music), balcony seating, and the PHENOMENAL sound…basically I want to see every band I like play here and only here for the rest of my life.   Don’t hesitate. If you are even mildly interested in a show being held here just GO. You’ll thank me later.

The first band to take the stage was Brother George who I had never heard of before that night but enjoyed a great deal. The show was livened up by the small group of underage DePaul students writhing in what I’m sure they thought was a seductive fashion in front of the stage. Ah. Youth. How adorable. All that aside, Brother George had a solid set and I’d love to catch them around the city somewhere again.

The second band to take the stage was Minor Characters and…look. I just…I hated them. I’m sorry. There is no objectivity to be had here. From the moment they took the stage I was like…no. Just no. My experience is best summed up in the following:

Tonight so far: liked the first band Brother George, FakeDrunk depaul chicks, want to do harm to the lead singer of the 2nd band.

@xicacha I miss the first band that was Eddie Vedder, Boomhauer/long-haired guy from Hootie, and three guys from the Decemberists.

And then it got ugly.

Currently suffering through the most offensive cover of Prince's "I Would Die For You" as done by Duckie's swagger jacking nephew. I cannot.

Yeah. So. That happened.

Other people seemed to like them. They had lots of fans in the audience (including a girl who snagged a seat at our table…I realized too late that she was a friend of the band. WHOOPS.). Its just a matter of personal taste.

I’ve spoken on this blog before about how much I love Pet Lions. But as my bad luck would have it, I’ve only been able to see them at festivals so I was super pumped to see them in a concert setting.

The show was in celebration (is that the right word? OMG I’m so uncool) of the release of their new EP Popular Nature.

I’m not a real music reviewer. Or a writer. Contain your shock. If I was either of those things I would have taken note of a setlist. But…by the time Pet Lions took the stage I was cruising down Intoxication Highway and feeling fine so…

But you know that feeling when the band you like plays “your” song at their concert? I got that feeling multiple times that night. Slow Wave, Lightning Bolt, Thieves, Fifteen, etc. I got my life each time. And then I realized that ALL of their songs are “my” song. (omg so deep). I love this band.

BOOM. Night made. A cover of “More Than This”? Are you serious? I felt like that was a little love note to old broads like myself.

Bassists are always the hottest guys in the band.

Covering the stage with potted ferns is…random but I dig it. Unless it blocks the cute bassist. Then its a problem.

Even if you don’t like a band, a lead singer giving a shout out to his mom is adorable.

Lincoln Hall is all the things.

Pet Lions are the best.

I can't remember the last time I stayed at a bar til closing. May regret it late but I had a blast tonight with @gomonkeygo