I’m too tired to really have any opinions, but because I love you people, I’ll try.

By all accounts, Jeremy Lin is having the best February ever. Or at least he was til ESPN decided to make racist headlines about him, Kim Kardashian set her sights on him, and then…well then there’s this: 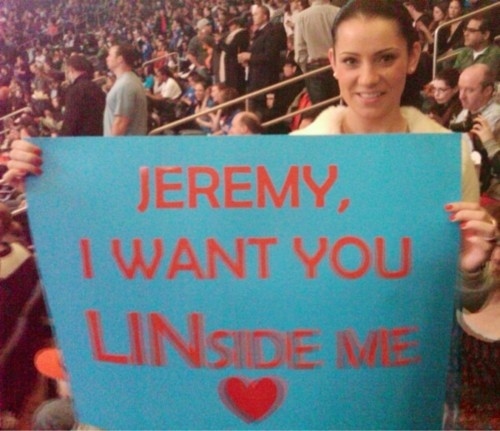 Supreme Court May Halt College Affirmative Action – I’m totally onboard with this. I mean why should anyone get into college because they fit some arbitrary category? Make everything level and have people get in on their merits! Oh wait…they aren’t talking about people who get into colleges because of legacies? Oh.

Its Packzi Day! This article teaches you how to make you own – You know whats even more fun? Going to a bakery and buying them. I’m just saying. I went to a local bakery a picked up a delicious assortment…which I didn’t intend to do but they had a $10 minimum on credit card purchases. So. I ended up with chocolate custard, cheese, raspberry lemon, and plum. #fatgirlproblems

AMC has released trailers for this season of Mad Men – But I’m not sure what the point is because if you’re not not caught up, they are spoilers and if you are caught up then its nothing new as all the trailers are made up of footage from previous seasons. And really, I didn’t need to ever see Joan and Roger screwing on the street ever again.

But I will take any opportunity to post this.

Ike Brown and Rihanna reunite to make music, our long national nightmare drags on – Because my twitter feed blew up with the news last night, I felt compelled to listen to the  “Birthday Cake” remix. Please note that I had never heard the original but people seemed to like it a lot and I figured it might at least be something I could shake my butt to in the kitchen when no one was around (See also: Yankin‘) but…wow. The song is pretty much crap. Which…well most of their songs are crap so I don’t know why I thought this would be different. Bygones.

Kim Kardashian hits the beach – I would like to state for the record that I first saw these pictures while I was eating a raspberry lemon packzi. And then I cried tears made of a powdered sugar glaze. She may be talentless…and 98% biodegradable plastic…but her body is insane.

Beyonce and Jay-Z step out for a night on the town – Pearl clutchers the world ’round ask: who is watching the child of two incredibly wealthy people; nominate Angelina to adopt Blue Ivy for her own well-being. Next item on the agenda: Is that Beyonce’s real hair and will she let me touch it?